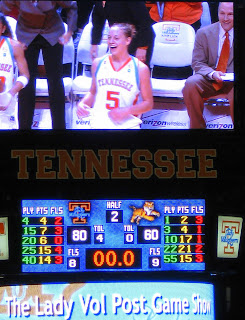 Pics before the game...they had a great time.
Thanks Lady Vols!!!
Aren't they just the cutest couple? 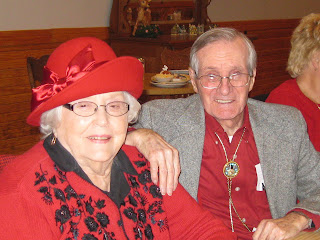 Submissions for the Lady Vols - Couple of the Year were on the (Official) Lady Vols Facebook Page.  This is the photo entered with just a short story about why they should be chosen the Couple of the Year for the Lady Vols.  They have never attended a Volunteer Basketball game in person. A 'Secret Cupid' sent in the submission.  Ralph and Doris never miss a game in dueling recliners.  They know all the stats and  names for both the Lady and Men's Vols players.  The players voted on the Couple of the Year on the way to Vandy on the bus.  They won tickets to a home game and a small prize package.  Thank you Lady Vols!

Alicia Manning announces this year's Couple of the Year winners! 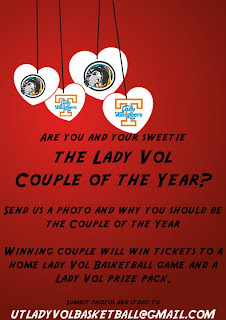